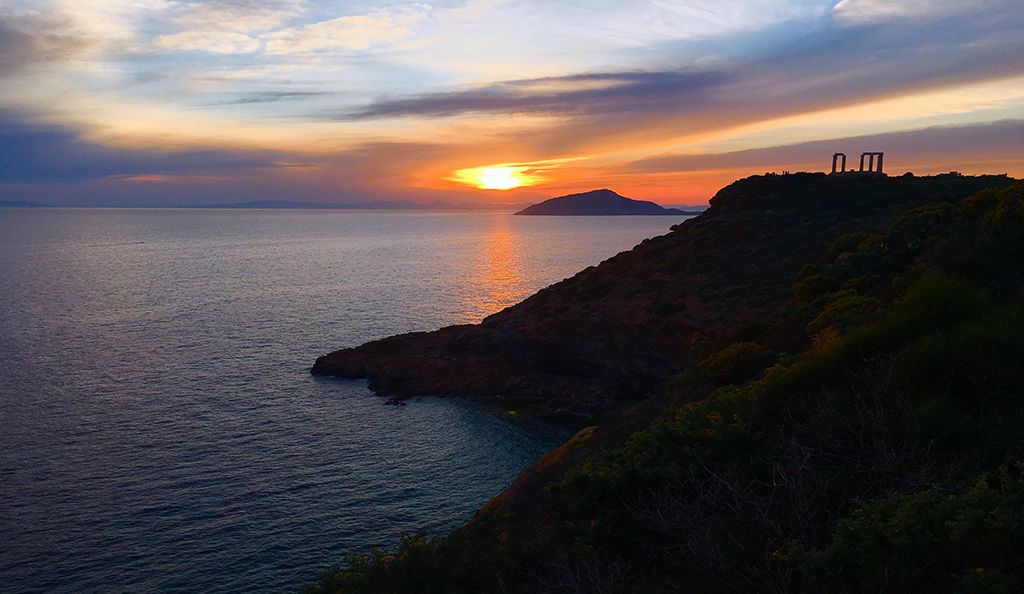 Studying abroad in Greece provides students a plethora of sites, views, and places to visit. CYA organizes three field trips a semester to different regions of Greece. However, there’s much more to see beyond those field trips. Previously, we compiled a list of must-see Greek islands, now we’ve asked CYA students, faculty and staff for their favorite places to visit in mainland Greece.

Meteora is a well known destination for students because of its numerous monasteries teetering on top of columnated rock formations. Many people describe Meteora as magical and spiritual; CYA student Juliana Delsante described Meteora as a “testament to the strength of the Orthodox faith.”

Delsante visited Meteora earlier this semester based on the advice of her bishop back home in Arizona, who told her out of anywhere in Greece, Meteora is the place to see.

“Obviously taking his word, I decided to go, and it was just absolutely stunning,” said Delsante. “Not only was it a gorgeous location, but I had never been so proud of my faith. Even if you aren’t orthodox, it’s worth the trip just to see these feats of architecture and iconography.”

When looking at images of the monasteries of Meteora, it’s hard to imagine how anyone could get up there. Delsante explained that there used to be nets to lift and carry people to the monasteries. Nowadays there are hiking tours around Meteora.

Cape Sounion, located at the Southernmost point of the Greek peninsula, is home to the Temple of Poseidon. Sounion is a very easy day trip for many CYA students and visitors with a two-hour bus ride that costs 12.50 euro round trip. The view of the at Sounion is certainly magical, CYA student McKenna Aune recounts the beauty of the temple, sea, and sunset.

“We got there in the late afternoon, and we decided to stay for the sunset which was really, really beautiful. The weather was really nice, and we had really good visibility that day,” said Aune. “I’ve heard a couple of people say that it’s the place to go if you want to see one of the most beautiful sunsets in Greece. It was awesome.”

The first thing you need to know about Ioannina is that the city surrounds a lake with a peninsula wading into the water. This peninsula is one of the most populous points in Ioannina and a hallmark of the city with a castle that was built around 500 BC sitting atop a hill in the peninsula. Other must-see features of Ioannina include the island in the middle of the lake as well as an impressive cave system, known as Perama. CYA student Owen Corser took time earlier this semester to explore what Ioannina has to offer.

“When I went there, I was really excited to check out all the cathedrals on the island and also the Byzantine castle that was there,” said Corser. “There’s also this island with seven or eight monasteries on it, they just packed them on there.”

Just a few miles away is the Perama Cave visitors can take a guided tour to explore its vast caverns and, according to Corser, the many steps on the way.

It’s best to visit during warmer weather, closer to Greece’s open season, because certain monasteries and sites might be closed or with limited hours.

An hour outside of Athens and free of tourists sits the ancient sanctuary of Brauron dedicated to the goddess Artemis. CYA student Erin Robichaud visited Brauron and their museum with the largest collection of well-preserved pottery she has seen so far in Greece.

“The archaeological site is on the smaller side but you’re allowed to walk through all the ruins,” said Robichaud. “Located on the site are a couple of inscriptions that were easily legible, allowing me to practice my Ancient Greek. My favorite spot at the site was a sitting area surrounded by wildflowers that overlooked the whole site. Sitting there was peaceful and awe-inspiring.”

Robichaud also enjoyed looking at the ancient children’s dolls and toys that were dedicated to Artemis. The similarity between the toys of the ancient past and the toys of today reminded her that ancient people likely weren’t too different from people today. 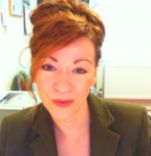 When most students and tourists think of Greece, they imagine clear blue waters and white cycladic houses, but not all of Greece appears this way. Northwestern Greece, known as Epirus, is made up of mountains and rivers. According to CYA professor Rosa Vasilaki, in Northern Greece, the color that stands out is not blue, but rather the deep green of the dense trees.

“I think it would be really interesting to visit Northern Greece, especially the Western part, Epirus. It’s a stark contrast with what usually visitors, tourists and students have in mind,” said Vasilaki. Northern Greece is not known for its coastline, but rather is famous for the mountains, rivers, and nature.

“There are several very small cities like Konitsa, and a bit further, if you go to Macedonia, Kastoria. They’re all cities built around lakes or around rivers. So it’s a different landscape, a different climate with different things that you can do,” said Vasilaki, including that rafting is a popular activity due to the lakes and rivers in the area. “Perhaps it would be a good idea for an early winter or autumn trip.”

Not only is the nature unique and important to Greece, but Northern Greece served a critical role during the mid 20th century.

“It’s very much also related with the recent history in Greece, most of the Second World War–the resistance to the second World War– as well as the Civil War was conducted in that area in the mountains so it presents a certain historical interest,” mentioned Vasilaki.

Towns in Northwestern Greece, like Konitsa and Kastoria, are perfect for a different kind of Grecian experience.

Only accessible by a bridge after an earthquake severed Monemvasia from the coast of the Peloponnese, the town serves as Greece’s hidden gem–a Greek Mont Saint Michel, as CYA Professor Christine Harrison would say.

“It’s just like entering another world completely,” said Harrison.  “It’s one of the few places you can go inside a full medieval town and there’s a huge amount to explore. You can get lost in it and find amazing little alleyways and wonderful buildings from the 12th and 13th century.”

Carved from the valley of a plateau, Monemvasia has plenty to explore; much of the town is inaccessible for cars with just enough room for pedestrians, motorists, and donkeys. 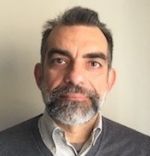 Pisoderi located in Northwestern Greece near Florina and close to Lake Prespa, a lake at the intersection of the three country borders of Albania, North Macedonia, and Greece. With snow-covered mountains, Pisoderi is the perfect Greek winter wonderland. CYA professor, Demetris Kamaras, often goes there to ski and taking in the gorgeous views.

“It’s very natural, this ski resort, and is absolutely marvelous with very nice slopes,” said Kamaras. “There are bears in the area so you need to keep it in mind if you walk the forest.”

In the spring, Kamaras also suggests a trip to a nearby bear refuge, called Arcturos, where people can visit and see bears once they’ve come out of hibernation.

“They have 5-7 bears at the refuge, who sleep during the winter,” said Kamaras. “It’s like a resort, [the bears] are very happy there.”

To fulfill even more of your animal-viewing needs, you can visit a Greek Shepherd Dog Breeding center where they are trying to rescue the national breed. 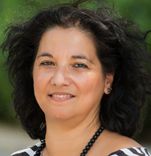 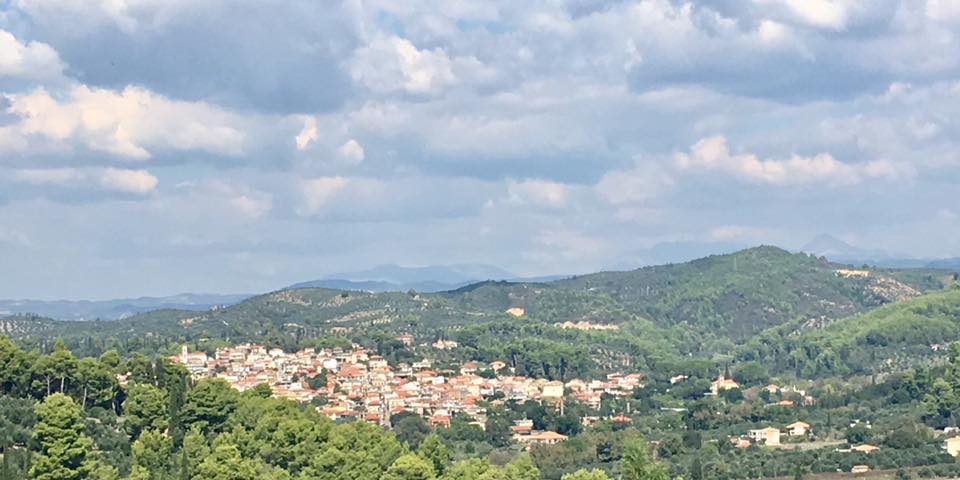 Located a few miles from Olympia and Kaiafas, where students visited during the Peloponnese trip, Krestena is the hometown and birthplace of CYA’s own Elina Sinopoulou.

“Actually, Kaiafas was the beach we used to go when we were kids,” said Sinopoulou. “This is the place where I usually go every Easter and every summer.”

Krestena is a great place to visit if you want to be near the remarkable ancient relics, without all of the tourists.

Elati is a two-and-a-half hour drive from Athens and is a great place to go if you’re looking for something a little different. CYA staff member Meni believes there are too many nice places in Greece, but Elati is her favorite.

“I love Elati. It’s a very nice place for winter because of skiing and shopping,” said Meni. “It’s a beautiful village,  like a resort near a city.”

Like a winter wonderland, Elati is perfect for an alternate Greek experience. 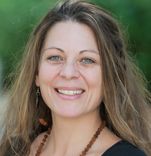 The ultimate Greek vacation is characterized by sandy beaches, clear waters and relaxing vibes, which just so happens to capture Methoni and Foinikounta perfectly. CYA program coordinator Vasso Matrakouka highly suggests a trip down south to the Peloponnese.

“The sea is beautiful if you want to go for swimming and relaxing by the beach,” said Matrakouka. “It’s a very touristy place, Foinikounta. You have beach bars and the sand is wonderful and the waters are clear.”

Nearby is Methoni, a village on the seaside, known for its impressive historical castle.

“Methoni is beautiful because it has the castle right there on the beach,” said Matrakouka. “It’s unbelievable; it’s a huge castle.”

When asked about the best place to visit on mainland Greece, Vasso Matrakouka could not pick.

“It’s impossible to commit in Greece to one thing. I’ve been all over the place,” said Matrakouka. “I can talk about Greece and places you can go to for days.”

As the CYA students, faculty and staff will tell you, there are many beautiful places to visit in Greece. If you’re interested in learning more about the islands, check out our Top Ten Greek Islands blog post. Let us know where you choose to go when in Greece. 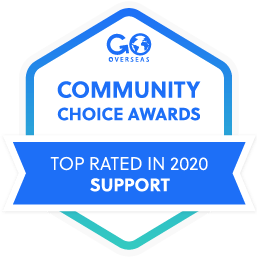 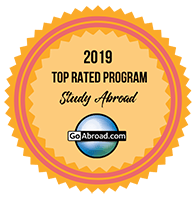