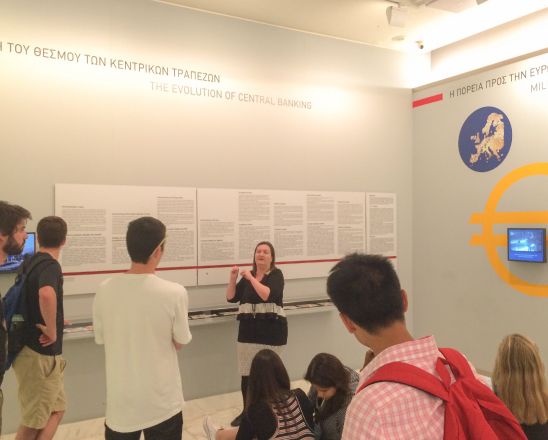 With 28 member states and nearly half a billion residents, the European Union has grown into a major political and economic actor on the world stage. It has promoted peace in Europe for over five decades, changed the way Europeans live, as well as the way the rest of the world perceives Europe. The EU has been considered a paradigm of a successful “peace project” that promoted stability, prosperity and successful cooperation between erstwhile feuding nations. The fact that the Union has grown from its original 6 members to the current 28 serves as undeniable proof of the appeal and attractiveness of the EU for most countries on the European continent.

The ongoing economic crisis in the eurozone has changed this idyllic picture of the EU: in this context, the European Union is being called upon to respond to the challenge of the economic crisis and safeguard the common currency, while promoting direct policies for confronting the recession and employment by stimulating growth. Moreover, the EU must address crucial social issues such as growing disillusionment with the European project, the rise of extremism in Europe, and growing polarization between North and South. At the same time, the EU also faces important international challenges, such as the situation in the Middle East and Ukraine, relations with Russia and the United States, and the crucial issue of energy supplies to the Union in light of the volatile international situation.

Through a combination of lectures, critical analysis in class discussions and students’ written work/independent research, this course will focus on the study of the history, institutions, policy processes and current challenges of the European Union. Special emphasis will be placed on the ongoing economic crisis in the eurozone area and its political/social repercussions, the strategic choices for emerging from the crisis, and the challenges of the increasingly unpredictable international environment.