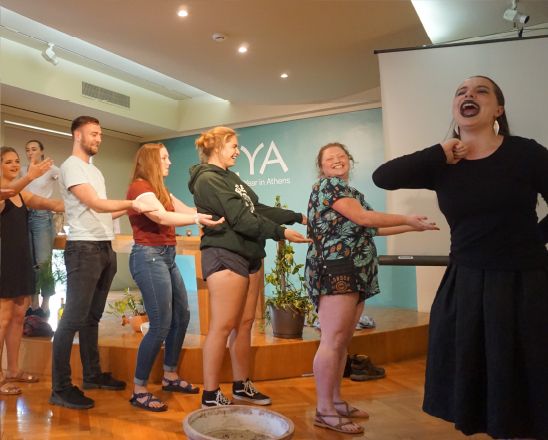 “Attic Tragedy (In Translation)” is intended to introduce the student to the work of the great tragedians of the fifth century BC (Aeschylus, Euripides, Sophocles). From the end of the Persian Wars to the battle of Aegospotami, the Athenian state flourished in an unprecedented way that marked the history of the western world. It is in this time frame that tragedy emerged as the culmination of the literary tradition of the eighth-sixth centuries BC and the product of the prosperity of the “golden era” of Athens. Thus, the plays of Aeschylus, Euripides, and Sophocles are both a fascinating way into the wider political, social and religious culture of fifth-century Athens and a rich part of an important tool for the study of theater in antiquity and nowadays.

The plays in discussion in this course will be analyzed with respect to the author’s language and style and in comparison to contemporary authors. At the same time, they will be considered in their literary, cultural, intellectual, and historical contexts, and the following questions will be addressed: what was Attic tragedy; how and why did it emerge; what were the mechanisms of theatrical production in ancient Greece; how did the plays relate to the events of the fifth century; did they reflect social values, and what values were those; what is the impact of ancient tragedy on modern culture; what is its relevance and value in the theater today, and so on. To answer these questions, we will examine closely a number of plays and discuss them with the aid of modern scholarship. No previous knowledge is required, and all texts will be studied in translation.