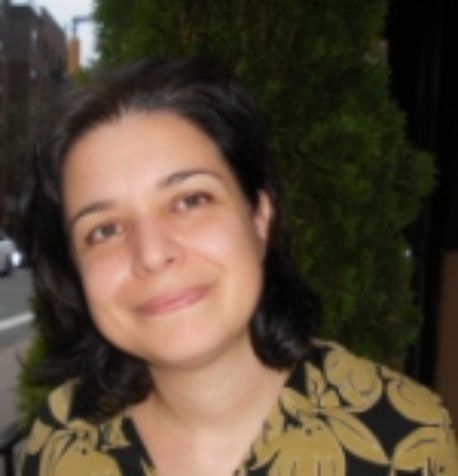 Athena Stourna is scenographer, theatre maker and researcher. She holds a BA (Hons) in Theatre Design from Rose Bruford College (UK) and a Maîtrise and an MA in Theatre Studies from the Université de la Sorbonne-nouvelle Paris III, where she also completed a PhD summa cum laude.
Her monograph La Cuisine à la scène: boire et manger au théâtre du XXe siècle (Cuisine onstage: Food and drink in 20th-century theatre) was published by the Presses universitaires de Rennes/Presses universitaires François-Rabelais in 2011. In addition to the historical and theoretical study of the interrelation between food and performance, Athena has delved into its practical experimentation as part of the international group “The Food Project”, formed by artists and academics from around the world, with whom she has co-created food-related performances presented at The World Stage Design (Cardiff, 2013) and the Prague Quadrennial of Performance Design and Space (2015), among other venues.

As artistic director of the multinational Okypus Theatre Company, she has created productions that have been mounted in theatrical and non-theatrical spaces (museums, archaeological sites, and public spaces) in Greece, the Czech Republic, Wales and Argentina. Athena has taught Scenography, Theatre History and Theatre Directing at various universities in Greece and Cyprus. She has participated in the Mellon School of Theatre and Performance at Harvard University and has been a Visiting Fellow at the Casa de Velázquez in Madrid and at the Seeger Center for Hellenic Studies at Princeton University. In 2019 she received a grant from the Friends of the Princeton University Library to study the artistic work of Greek scenographer Georges Vakalo.