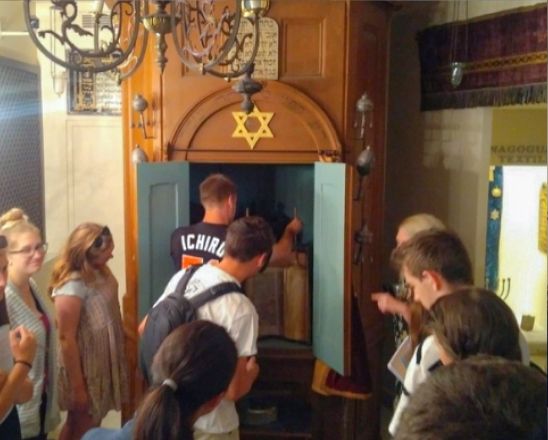 The “Alternative Histories: Jewish Greeks and the Modern Nation” course focuses on the experiences of Jews living in the Greek nation-state during the 19th and 20th centuries. It is structured around a core issue: The encounter of pre-national Jewish identities with the exigencies of a new, ‘modern’ at the time idea, namely that of a common Greek national identity.

This encounter was part of the wider transition from the era of empires to that of nation-states. And it was not an easy encounter. Since the formation of the Greek state in the 19th century, Greek-Orthodox religion has been conceived as one of the main components of Greek national and cultural identity, binding together the expanding new-born nation-state. Nevertheless, being the heir of the multi-religious Ottoman Empire where Greek-Orthodox Christians lived alongside Muslims, Jews, and Christians of different denominations, the Greek state that emerged out of the Ottoman Empire had to take up the challenge of dealing with this non-Orthodox population that came included in its territories.

The course will thus follow this encounter focusing primarily but not exclusively on two aspects:
a) on the policies that the Greek state adopted in order to «manage» the Jewish populations that were being gradually added in its territory; and
b) on the reactions that the Jews living in the various communities had in front of the new exigencies of the Greek state; reactions that covered the whole spectrum from assimilation to migration.

The study of the Jews in Greece will be also framed by case-studies of other non-Orthodox Greeks, tracing the responses that they devised in order to articulate their plural identities combining non-Orthodox religious and cultural elements with the idea of a common, unique Greek national identity. “Alternative Histories: Jewish Greeks and the Modern Nation” course will close by briefly examining the redefinition of “Greekness” after new immigrant populations reached Greece in the post-WWII era.

Understanding how Jews and more generally people of different creeds and origin devised alternative versions of “Greekness”, which undermined the intimate connection between religious and national identity, is more than relevant today that nation states and their supposed homogeneity is seriously challenged by the waves of global migration, forcing us to reflect anew on forms and definitions of belonging.